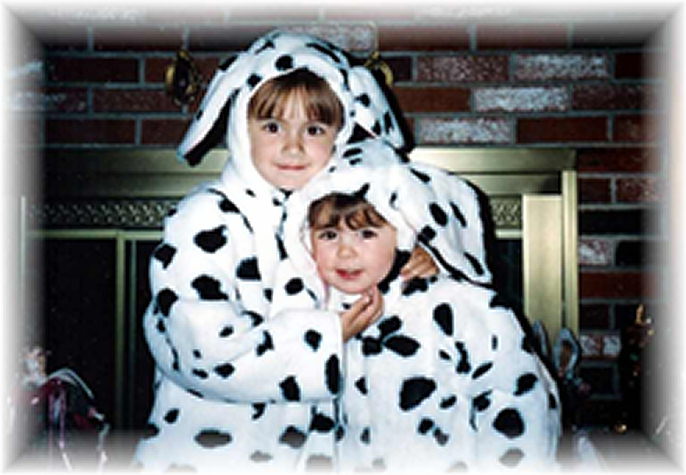 I come from a very large family of 8 girls and 3 boys. My mother came from Italy as a war bride and even though we did not have an abundance of things growing up, my parents both had a love of art and beauty and instilled it in us.  When I was a young girl, a mystical aunt came to visit.  After dinner one evening, she read tarot cards for those who wanted.  When it eventually came to my turn, she kept seeing me surrounded by lots and lots of gold.  Little did I know that eventually I would become involved with beautiful “golden” treasures in the form of such lovely jewelry.  The puzzle became complete when I met Nino Tagliamonte some 20 years ago and fell in love with his designs and the history behind them. The mythological Greek and Roman characters that I studied and loved in school came alive in Tagliamonte’s Venetian glass and gold carvings.

I am married and have a wonderful husband and 2 children of my own, Maria and Lauren, and have tried to pass along the same love of all things beautiful to them.  My oldest daughter, Maria Pearl, passed away when she was just 16 years old.  Her story is that of a beautiful girl who sought to make a difference in the lives of others in some way, every day of her life.  In her memory, 100% of all proceeds involving the sale of Tupelo Honey goes to support the Maria Pearl Miller Memorial Scholarship for high school seniors seeking a future in teaching as this was her planned profession.

As a young girl, Maria Pearl, had many aspirations.  The career path that she planned to follow was that of a teacher.  She was not able to realize her dreams, but her memory lives on in many ways.  One of the ways in which we choose to remember her is with this annual scholarship that is given to 2 students who are embarking on a path that most aligns with the path that my daughter intended to follow.

Since 2006, every year, a scholarship has been given out in Maria Pearl’s name to two graduating seniors who will be attending a 4-year accredited college, pursuing a career in Education, preferably Early Childhood Education.

A single grant of $1000 will be given to 2 Exeter High School Seniors who will be attending a 4-year accredited college, pursuing a career in Education, preferable Early Childhood Education.  The students who are chosen must have demonstrated service to the community (through participation in community-based organizations) or to others such as providing care to another individual.  He or She must demonstrate humanitarian attributes such as kindness, caring, thinking of others, compassion, etc.  The applicants must also write an essay explaining why he or she should be considered for the award.  This essay should also include how he or she plans to “Make A Difference” in the lives of other.

It was my daughter’s goal to Make A Difference in the lives of others in some way every day.  It is my hope that this is something that we all can aspire to do.

Venetian glass cameos have been produced since the 2nd century B.C. In 1985, Nino Tagliamonte and his wife Lorena and two Murano glass “Maestros” rediscovered the ancient production technique that had been lost in time. Today’s cameos and intaglios are completely made by hand. In the process of making precious Murano glass or gold cameos, antique molds are used to maintain the tradition and high quality of the Roman gem engravers. The molds provide an initial print of a design and then expert craftsmen detail the design by hand. Today, Nino and his team manufacture collections from his cache of 3,000 different molds dating back to the 1st century B.C. All cameos are either set in 14K, 18K, 925 Sterling Silver or 14K and 18K gold plate.

These jewels depict artistic travel from the Hellenistic period to Neoclassicism. Some of the themes that are illustrated are as follows:

One of the most popular antique themes of Roman gems depicts the “Aurora Chariot”. The goddess, Aurora, is driving the sun chariot. In Greco-Roman mythology, she is the personification of dawn. In works of art, she is represented as a young woman walking fast with a youth in her arms or rising from the sea in a chariot drawn by winged horses. As she is the goddess who dispensed the dews of the morning, sometimes she has pitcher in hand.

Another intaglio depicts the Latin Neptunnus, who in Roman religion was originally the god of freshwater. By 399 B.C. he was identified with the Greek Poseidon and thus became the deity of the sea. His attributes are the trident and the dolphin.

The Maypole intaglio from the first century B.C. represents a summer festival with a group of Romans playing flutes and lyres. A woman with a fire is making an offering to the goddess, Pan, who was the protector of the countryside and crops.

Other cameos feature scenes like the goddess of music, Calliope, with her lyre. Or, Hercules and his labors. You’ll find the mythological Sphinx or Jupiter and Mars offering a cup of ambrosia. Also shown are warriors driving chariots and Pegasus, the winged horse. Of course, let us not forget the great love of Psyche and Eros. These are but a few of the stories revealed in these beautiful works of art.

To the Balinese, the word Bali means the middle or center of the world. It is their belief that Bali is also the spiritual center of the world. Little has changed in tradition and jewelry techniques in centuries.  The Balinese people see spirit in everything around them.  There is no distinction between life and art and this is reflected throughout Bali.  For all their amazing talents, there is no word in their language for “art”.

The country of Bali benefits from many assets and tourists, as well as its inhabitants consider it a paradise. It has often become a known as a "promised land". Breathtaking landscapes, the hospitality of its people and preserved traditions have amazed the western world.

The name Bali itself reflects the joy in finding a "Paradise Lost". It has undergone a tremendous tourism boom, yet it's probably one of the few islands of the world, which has not sold its soul. Thus, it remains in the people's minds as a hidden tropical beach paradise.

The Samuel B Collection has the heart of Bali present in each and every creation. Each item is meticulously handcrafted by skilled artisan craftsmen who have had their skill passed down from previous generations. Little has changed in this tradition and jewelry making technique in centuries.  Bali inspired jewelry crosses all cultures.  Each creation embodies Bali’s rich culture, art and spirituality.

Each piece displays individuality.  Unlike machine made jewelry, each piece is made entirely by hand.  There are no short cuts.  This ensures individual works of art; no two are alike.

The Tulang  Naga or Dragon Tail is the design of the Balinese chain. Every chain is woven entirely by hand.  A few inches of this intricate cross-woven chain can occupy a craftsman for hours. A perfect combination of strength and flexibility ensures that the bracelet or necklace will conform perfectly to the shape of your body. Details of every intricate pattern are enhanced by the remarkable ability of the Balinese artists to carve, hammer and chisel details unique to their artistry.  Precious and semi-precious gemstones add another dimension of light, cut, color and shape to the creation.  Stones are carefully selected and imported from major cutting centers of the world.  Each piece exhibits the perfect combination of 18K, 14K and 925 Sterling Silver with the addition of a granulation technique known as Jawan.  This technique is mastered by a few and consists of adding small individual granule beads of gold to the surface of the jewelry to create a timeless classic.

When you own a piece of Tagliamonte or Behnam jewelry, you have the privilege of owning a timeless treasure that evokes the spirit of the past…